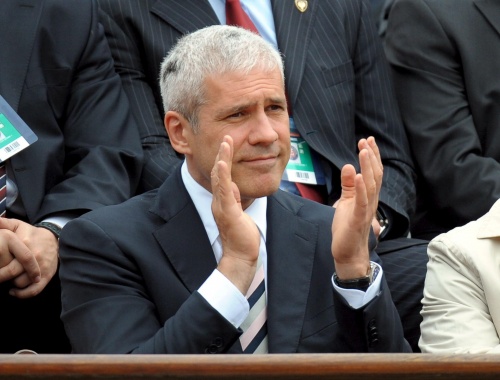 The incident happened after Serbia’s national football team defeated Romania 5:0 in the World Cup qualifiers to make the 2010 World Cup in South Africa.

Tadic and several other top Serbian officials, including Serbia's Sports Minister and the Head of the country's Football Association, could be charged over opening and drinking a bottle of champaign to celebrate the victory. The consumption or possession of alcohol is forbidden at Serbia's sports venues in order to prevent violence.

President Tadic has said he is willing to pay a misdemeanor fine.