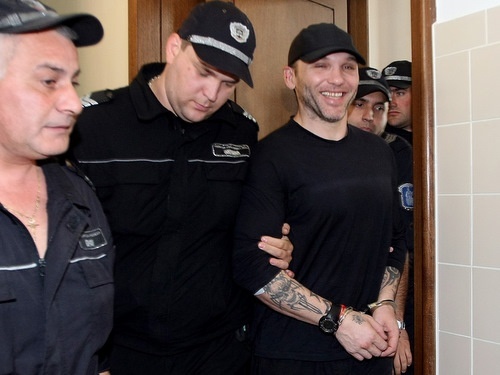 Zlatko Baretata (right) was left in prison despite his third request for release citing health problems. Photo by BGNES

The Sofia City Court rejected Friday the latest request of alleged crime boss Zlatomir Ivanov aka Baretata (the Barret) to be released from jail.

Ivanov’s Defense Council asked to change his permanent detention to a lighter measure over Baretata’s alleged health problems. According to unofficial information, the motive has been a needed hospital treatment.

This is the third attempt of Ivanov’s attorneys to free him from jail. The first time they cited again ailing health, which the Court rejected. The second time the motive was Baretata’s registration during the July general elections as the advocate for the majority candidate from the ticket of the "Bulgarian Patriots" Union in the Black Sea city of Burgas, Ivaylo Drazhev. The court rejected the request as well.

Ivanov was arrested on February 6, after the Sofia City Prosecutor issued a call for a state-wide search for him because he failed to appear at the Prosecutor's Office as mandated by a summons.

The Sofia City Deputy Prosecutor, Roman Vasilev, reported then that Baretata has been detained during a special operation conducted by the Bulgarian State Agency for National Security (DANS) and the Main Directorate "Criminal Police."

Ivanov's attorneys insist that Baretata had surrendered to the authorities immediately after receiving the Prosecutor's subpoena.

Baretata is, allegedly, linked to organized crime and two murders for hire and three attempted murders.