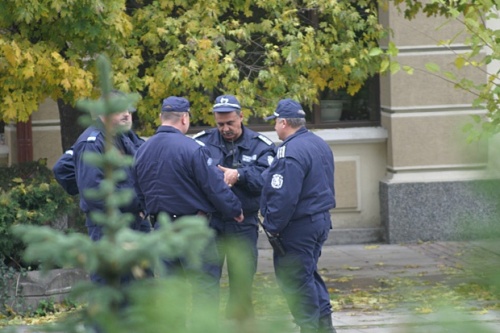 Two Bulgarian policemen from Razgrad will be charged over having sex with a 15-year-old girl. Photo by Sofia Photo Agency

The two police officers who were fired Thursday over rape charges were released from arrest Friday.

The two are probed over allegations of having had sexual intercourse with a minor girl. They were released after the mandatory 24-hour detention and are free on their own recognizance.

One has been identified as Anani Velev, policeman from Loznitsa, near the northeastern city of Razgrad, while the second is Dragomir Dimitrov from the Razgrad Police Precinct. If proven guilty they face up to 3 years behind bars.

They are conflicting reports about a third police officer’s involvement, which remains unclear at the moment.

The three were sent to work for the summer to the Bulgarian Black Sea Coast to assist in securing public order at beach resorts.

The 15-year-old girl asked them for help over alleged attempts of an acquaintance to rape her on the beach. Instead of helping her, the police employees took the young woman to the bungalow where they were temporary accommodated, and had sex with her while taking pictures with their cell phones.

The Interior Ministry informs the girl followed the three voluntarily, but media reports that some of the cell phone pictures show evidence of sexual abuse.