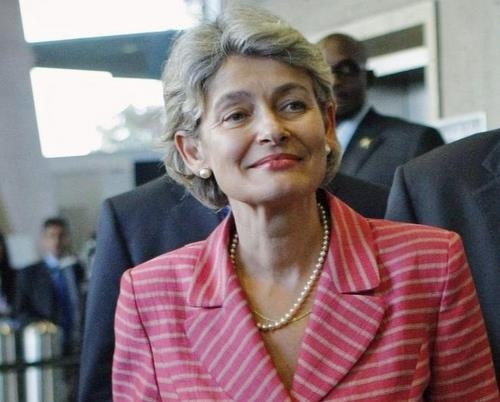 The 35th Session of the General Conference today elected Irina Bokova of Bulgaria as the tenth Director General of UNESCO. Photo by BGNES

Bokova was installed into office for a 4-year term by the General Conference of UNESCO after she won the elections for the head of the organization on September 22, 2009.

The 57-year-old Bulgarian career diplomat Bokova has become the first woman and the first Eastern European to chair UNESCO. Her election was the most contentious one in the history of the organization.

On September 22, Bulgaria's candidate for UNESCO Director General, Irina Bokova, was selected for the position after a final vote at the UNESCO headquarters in Paris.

Bokova’s election was the first one that took five rounds after on the fourth round she and controversial Egyptian candidate, Culture Minister Faruq Hosni, had equal number of votes. The Bulgarian Ambassador triumphed in the fifth round with 31 votes vs. 27 votes for Hosni.

The vote has been clouded by Hosni making alleged anti-Jewish comments.

There were originally nine applicants for the position. Hosni had been seen as the favorite throughout the campaign as he had been nominated by Egypt, Kuwait, Sudan and Libya.

Public figures in the Arab world, including Hosni himself, have denounced Bokova’s election as an epitome of the “clash of civilizations” posing the West against the “Third World” countries.

Bokova herself has been quick to declare that she did not believe in a “clash of civilizations” and vowed to work for the strengthening of international understanding and multiculturalism.