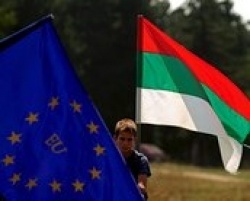 Subsidies for 50 municipal projects have been frozen by the SAPARD Agency of Bulgaria’s “State Fund Agriculture” (SFA). Technical irregularities in conducting public procurement procedures resulted in the agency’s refusal to renew the subsidies, according to Kalina Ilieva, Director of the Fund.

The remaining 53 municipal projects will receive subsidies. A full review of all outstanding projects is going according to schedule, Ilieva said Tuesday.

Some 60 SAPARD projects, with a total value of BGN 13 M, have already received funding, while another 190 projects still remain to be paid.

Funding of 151 projects, to the value of BGN 49 M, has already been restored to SFA. following a decision of the Council of Ministers in March 2008. These funds were taken from the national co-financing of the Program for Development of Rural Areas, and the European Commission (EC) has by now restored them.