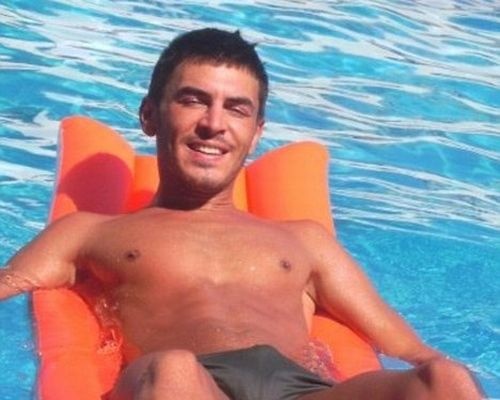 25-year-old Bulgarian Georgi Dochev is believed to have met Stephen Gately and his partner Andrew Cowles in a gay club the night before Gately died. Photo by facebook

The Spanish police have discovered and interrogated Georgi Dochev, the 25-year-old Bulgarian, who was with Stephen Gately when the Boyzone singer died on Saturday.

Dochev, who is also known as Giorgio, has admitted he was the first to find that Gately had died on the sofa of a luxury apartment in Majorca, the Daily Mail reported.

The Daily Mail says Stephen Gately and his life partner Andrew Cowles are believed to have met Dochev in a gay club, and that there are unconfirmed reports that Cowles and Dochev spent the night together, while Gately slept on a couch in the living room.

Dochev is said to have discovered Gately’s dead body on the couch at 1 pm on Saturday when he and Cowles woke up.

“I haven't had a wink of sleep since. I don't think I will ever get over this. You'll have to ask the husband what has happened, it has been very traumatic. I don't want to say anything more. I'm still nervous and really upset,” the 25-year-old Bulgarian is quoted as saying.

No official information has been released yet regarding what may have caused the death of the Irish pop singer.