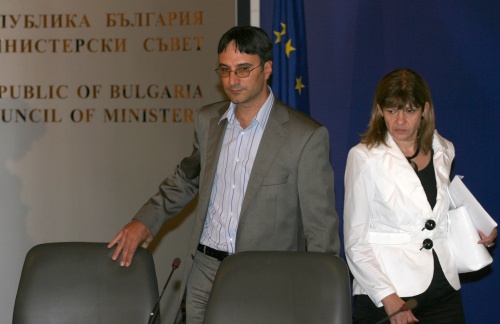 Bulgaria Economy Minister Traikov has announced the interest of two French companies in the privatization of the Sofia heating utility. Photo by BGNES

The leading French energy companies Gaz de France and Dalchia are interested in participating in the privatization of Toplofikatsiya, the heating utility of the Bulgarian capital Sofia.

This has been announced by Bulgaria’s Minister of Economy, Energy, and Tourism, Traicho Traikov, who is part of the governmental delegation led by PM Borisov that visited the French capital Monday and Tuesday.

Traikov met with representatives of large French companies from various economic sectors. He said he had known earlier about the interest of the firms in question in heating utilities in Bulgaria, and that he used his Paris trip to explore it.

Traikov has informed the potential French investors of the current development of Toplofikatsiya Sofia as its ownership is being transferred back to the Sofia Municipality after in 2008 the Socialist-led government made it part of the state-owned Bulgarian Energy Holding.