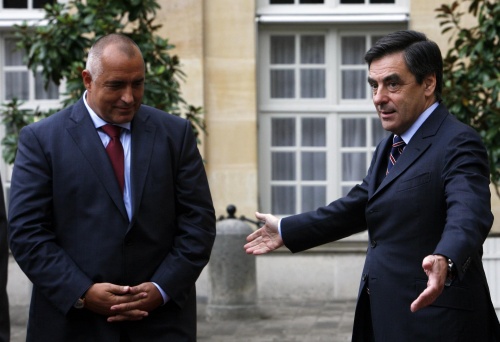 According to the Bulgarian information agency, BGNES, this has been the most unpleasant topic of the conversation, and Borisov, who is on a two-day official visit to Paris, had hoped it wouldn't come up.

Borisov is quoted as saying the French side had fallen pray of cheap PR and the former cabinet made promises one would extend at a “wedding.”

Borisov said the commitment made by the three-party coalition government for the purchase of the French corvettes is not feasible at the moment because the country's previous rulers not only did not slate any money in the budget for such splurge, but Bulgaria now faces the need of BGN 150-160 M to repair the Belgium frigates bought by the “Stanishev” cabinet.

The Bulgarian PM pointed out his predecessors forecast an unimaginable, unfounded 4,7% budget surplus in times when the world is rocked by a recession and based the corvettes' promises and the frigates purchase on something they knew it would never happen.

Borisov said he expected a stronger reaction on the part of the French PM and was pleased with Fillon's understanding. The French PM is quoted as saying that both countries are part of a larger European family and he understood and accepted Bulgaria's hardships.

The French company “Armaris” planned to sell to Bulgaria 2 corvettes for BNG 1 B, a deal that was blessed by Bulgaria's former government.

Sarkozy first put on the table the corvettes' purchase in 2007 when he visited Sofia after his diplomatic triumph with the release of the Bulgarian medics jailed in Libya. The talks were renewed during the July visit to Paris of former PM, Sergey Stanishev, when the number of the vessels was reduced from four to two over economic hardship endured by Bulgaria.