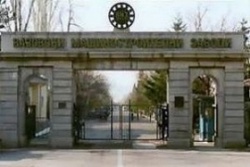 One of Bulgaria's largest military plants, VMZ Sopot, owes about BGN 50 M to the state.

Bulgaria’s Defense Minister, Nikolay Mladenov, said the previous governments poured money into the state-owned factory indiscriminately, and that the previous management of the plant was involved in violations together with the government officials.

The state loaned money to VMZ Sopot without the plant meeting any criteria; much of those money was used to pay out workers’ salaries but without their social security and health insurance benefits.

Mladenov said VMZ Sopot was not an isolated case but that it was an example of the condition of all military factories in the country. In his words, the state will be seeking ways to sell the factory’s produce on markets in Asia, Africa, and elsewhere.

According to the VMZ Sopot Director Stоеnchev, currently the factory works at 10% of its production capacity. No massive layoffs of the plant’s 3 700 workers have been planned but some of the administrative and support staff may be directed towards other activities.

The VMZ Sopot plant is located in the town of Sopot in central Bulgaria, which is the birthplace of Bulgarian writer and poet Ivan Vazov. The plant was founded in 1936, and during the communist period was developed into a large-scale military industrial unit.