NASA Search for Water on Moon after Spacecraft Crash 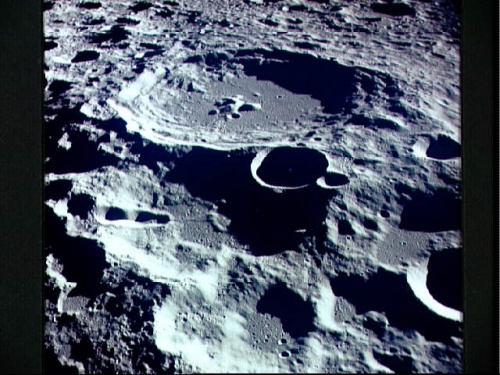 A rocket stage slammed into the Moon's south pole at 1331 GMT. Photo by wikinfo.org

NASA scientists have been outlining their preliminary results after crashing two unmanned spacecraft into the Moon in a bid to detect water-ice.

A rocket stage slammed into the Moon's south pole at 1331 GMT, the BBC reported.

Another craft followed just behind, looking for signs of water in debris kicked up by the first collision.

Instruments on the second spacecraft identified a flash from the initial impact as well as a crater, but the expected debris cloud was not evident.

The USD 79 M US space agency mission is known as LCROSS (the Lunar Crater Observation and Sensing Satellite).

The first collision was expected to throw some 350 tonnes of debris up to altitudes of 10km (6,2 miles) or more.

No such dust plume was apparent in images sent back by the spacecraft however, proving a disappointment to some members of the public expecting a space spectacular.