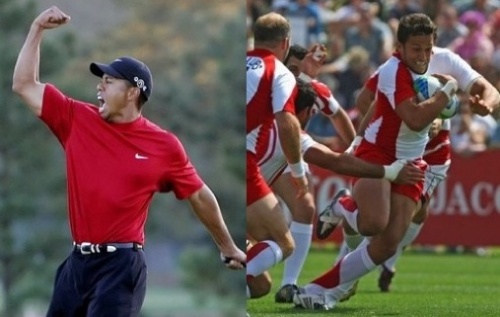 Golf was passed by 63 votes to 27 while rugby sevens had 81 votes in favour and eight against. Photo by morethanthegames.co.uk

Golf and rugby sevens have been voted on to the programme for the 2016 Olympic Games in Rio de Janeiro.

The International Olympic Committee's executive board voted to include both two months ago and the full membership confirmed the decision on Friday.

Golf was passed by 63 votes to 27 while rugby sevens had 81 votes in favour and eight against.

Golf's inclusion was welcomed by Europe's Ryder Cup captain Colin Montgomerie, who spoke to the IOC in Lausanne in June.

Bernard Lapasset, president of the International Rugby Board, said the Olympics would be "the pinnacle of our sport".