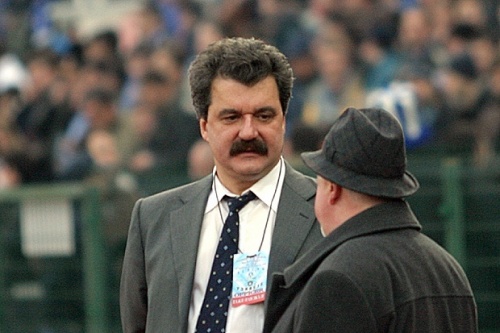 The owner of the “Levski” Football Club, Todor Batkov is being interrogated by the Main Directorate for Fighting Organized Crime (GDBOP).

The news was reported Friday by Darik radio saying the interrogation is not over yet and is being held for two hours already. Chief Prosecutor, Boris Velchev, and the Secretary General of the Interior Ministry, Kalin Georgiev, are also said to be in the GDBOP building at this time.

The reason for the questioning remains unknown but it is presumed it relates to the so-called “Kazan Affair.”

The affair in which Batkov was tricked into believing the Russian team Rubin Kazan wanted to buy four of Levski’s stars for a total of EUR 5 B, happened in September, shortly before the club was supposed to face their all time rival, FC CSKA Sofia. Without the four players Zhivko Milanov, Ze Soares, Darko Tasevski, and Usef Rabeh, who were traveling to Moscow at the time of the derby, Levski lost to CSKA 0:2.

After the scandal broke, Batkov told Bulgarian media that he received threatening phone calls from Russia asking him to stop digging in the story. He later accused the management of the CSKA FC of masterminding the entire scheme.

The prosecutors have started an investigation for a document crime since Levski’s owner received a fake fax expressing interest in the transfers of the four players, and in order to start the transfer procedure Batkov deposited EUR 200 000.