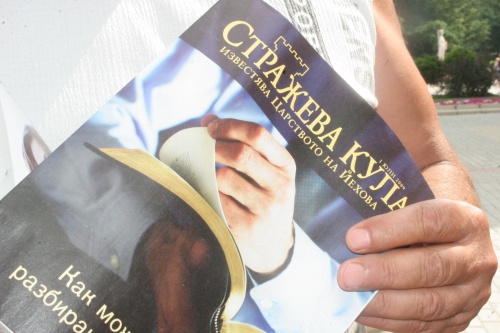 The Jehovah's Wintnesses sect is registered in Bulgaria since 1998 and is very active in the city of Dobrich where they have their own educational center. Photo by BGNES

The Bulgarian Orthodox Church is organizing on October 11 a march in the northeastern city of Dobrich against the planned international congress of Jehovah's Witnesses there.

The Congress is also planned for October 11.

The Church is joined by the political parties VMRO and Bulgarian New Democracy. At their Thursday press conference the organizers voiced hope Dobrich's citizens will also take part in the march.

VMRO have suspicions Jehovah's Witnesses will attempt to turn Dobrich in one of their main hubs for disseminating ideas and recruit people and point out the sect is banned in several European countries. In Bulgaria the Jehovah's Witnesses have official registration since 1998.

The Bulgarian Orthodox church says the religious movement ideas are dangerous and directed against the official government over their stand against national symbols, blood transfusion and others.

The sect is active in the city of Dobrich and has their own educational center while the local authorities and the Prosecutor have failed to react so far, VMRO alarm.