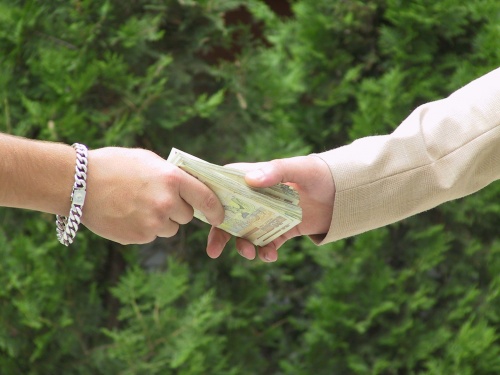 Supreme Judicial Council member, Ivan Kolev, revealed in June that a dark skinned man offered to secure the vote of his colleagues in exchange of EUR 200 000. Photo by Sofia Agency

A months-long scandal continues to shake Bulgaria's Supreme Judicial Council (VSS) upon revelations 3 of its members and 30 acting magistrates could be involved in a corruption scheme.

Bulgaria's Chief Prosecutor, Boris Velchev, reveled the above information during a meeting of the VSS Thursday. VSS members, Stoyko Stoev, Ivan Dimov and Plamen Stoilov are said to have been in contact with the man known as “Krasio from Pleven” - an individual, who allegedly, offered magistrates to secure their appointment to high ranking positions through the vote of the VSS in exchange for EUR 200 000 in cash.

In addition to the three VSS members, the man, identified as Krasimir Georgiev, 27, owner of a disco bar in the northern city of Pleven, had been in contact with 30 other magistrates, but Velchev declined to offer any names. The Chief Prosecutor issued a proposal for VSS to appoint a committee to probe the alleged violations of professional ethics and the measures that need to be undertaken.

Ivan Dimov told Darik radio that he was introduced to Krasio by his colleague Stoyko Stoykov, who told Dimov Krasio was an old friend of his. Dimov admitted that he had received many phone calls from Krasimir Georgiev, but they were all just seconds-long because every time he told the man he was busy and unable to take the call.

The other VSS magistrate, who was proven to have contacts with Krasio - Stoyko Stoev, admits he knew the man for 4-5 years as a person with a Master's Degree in Economics from Sofia, not from Pleven, and added he was not nervous about this connection.

The third magistrate, Plamen Stoilov, also informed he was not alarmed by his name popping up as a person that can be connected to Georgiev because the latter called him only once for five seconds. He voiced the opinion his name was involved in the scandal as an attempt to discredit him over his fierce fights with other VSS members about organized crime and the Bulgarian investigation or Krasio simply dialed the numbers of several VSS magistrates and than hung up just to demonstrate he had contacts with them.

Kolev said in June the whistle blowing came from one magistrate, who in the last few days had submitted his application for a high ranking job within the legal system.

The man reportedly promised that for the above amount he would secure anywhere between 8 and 13 votes from the Supreme Judicial Council.

At the time Velchev, criticized Kolev, saying he interfered with the investigation by talking to the media first.