Who Is Who: Bulgaria's Deputy Foreign Minister Marin Raykov 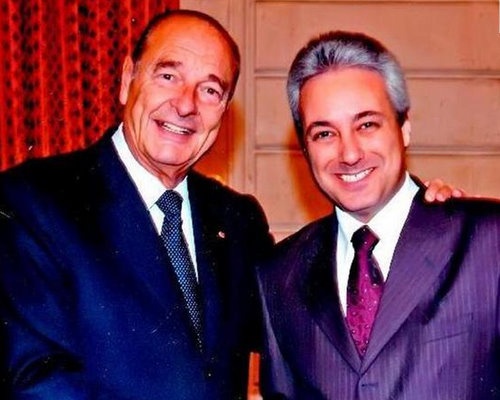 Marin Raykov was born on December 17, 1960, in Washington, DC, USA. He is the son of Bulgarian diplomat Rayko Nikolov.

Raykov studied in high schools in Paris, Sofia, and Belgrade. In 1984, he earned a degree in international relations from University for National and World Economy in Sofia (then known as the Karl Marx Institute).

In 1987, Raykov joined Bulgaria’s diplomatic corps. In 1987-1992, he worked at the Balkan countries department of the Foreign Ministry in Sofia. In 1992-1995, he was a member of the staff of the Bulgarian Embassy in Belgrade.

In 1998-2001, Raykov was Deputy Minister of Foreign Affairs in the government of the Union of Democratic Forces, of Prime Minister Ivan Kostov.

In 2001-2005, he was Bulgaria’s Ambassador to France, and Permanent Representative at UNESCO.

In 2005-2008, Raykov was head of departments “European Foreign Policy”, and “Strategic Issues” at the Foreign Ministry in Sofia.

In July 2009, he became Deputy Minister of Foreign Affairs in the government of the GERB party and Prime Minister Boyko Borisov.

Marin Raykov’s father, Rayko Nikolov was himself a career diplomat. In 1996, the French Express Weekly published information according to which in 1953 Rayko Nikolov in his capacity of an intelligence officer recruited the then emerging French politician Charles Hernuas as a spy for the secret services of the former Soviet Bloc.

In 1981-1985, Hernu served as Defense Minister of France in the Socialist government of Francois Mitterrand. A former head of the French counterintelligence later confirmed that in 1992 the Bulgarian intelligence services notified their French colleagues about the spying past of Charles Herny.