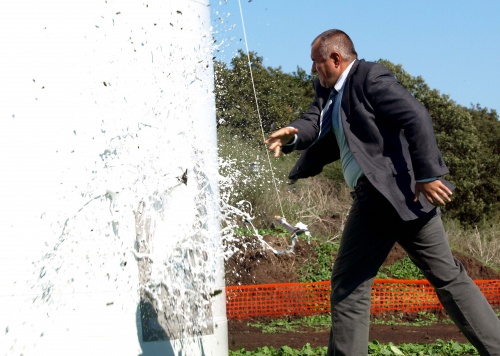 Prime Minister, Boyko Borisov, opened the park in the Black Sea town of Kavarna. The ceremony was also attended by the Minister of Energy, Economy and Tourism, Traicho Traikov and Ambassador John Ordway, the Interim Chargé d'Affaires of the US Embassy in Sofia.

The PM pointed out that in addition to the energy production, the park is an ecologically sound project that will spare Bulgaria 300 000 tons of harmful emissions annually.

The park was build and will be managed by “AES Geo Energy” a joint company between the US energy firm “AES” and the Bulgarian-German one “Geo Power.”

According to the American representatives, the inclusion of the park in the national electricity transfer network is a key stage of the project's development and will happen in December, 2009. The electric energy produced by the park will be purchased by the National Electric Company. The park has an installed power capacity of 156 MW and production capacity of 340 GWh per year.