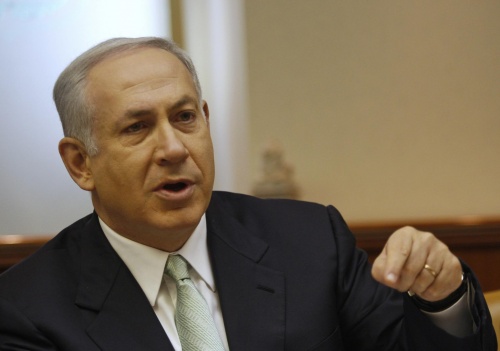 Netanyahu delivered the list during a secret September trip to Moscow with Uzi Arad, his National Security adviser, according to the publication.

At the time of the Moscow visit, Netanyahu spokespeople claimed he was in Israel, visiting a secret military facility. It was revealed later that he was holding talks with his Russian counterpart, Vladimir Putin, and President Dimitry Medvedev.

“We have heard that Netanyahu came with a list and concrete evidence showing that Russians are helping the Iranians to develop a bomb,” the Sunday Times writes citing an unnamed source close to the Russian Defense Minister.

“That is why it was kept secret. The point is not to embarrass Moscow, rather to spur it into action,” the same source is quoted

According to the article, Israeli sources say it was a short, tense meeting at which Netanyahu named the Russian experts said to be assisting Iran in its nuclear program.

The West, however, is treating the revelations with great caution with American and British officials pointing out the involvement of freelance Russian scientists belonged to the past.

“There has been Russian help. It is not the government, it is individuals, at least one helping Iran on weaponization activities and it is worrisome,” David Albright, a former weapons inspector, now President of the Institute for Science and International Security, is quoted as saying.

American officials remind that concern about Russian experts acting without official approval has been raised by the International Atomic Energy Agency (IAEA) in a report more than a year ago.