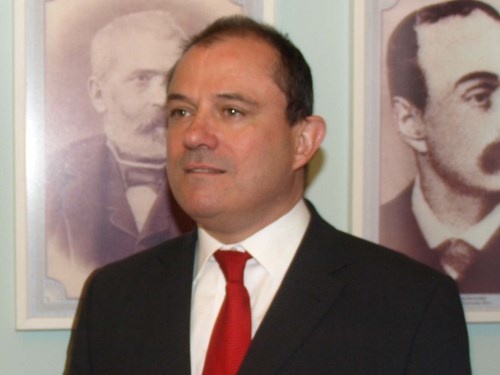 Exclusive Novinite.com Interview with Geoffrey Keating, Ireland's Ambassador to Bulgaria, on the Irish ratification of EU's Lisbon Treaty after a second referendum

Would you say the rather high percent of Irish voters supporting the Lisbon Treaty is a surprise? Had a “no” vote been equally likely until the last minute, or had the outcome been clear in the past few weeks?

Six months ago you told Novinite.com that many people in Ireland “voted against the Treaty, or failed to vote, because they did not understand it.” Has the information campaign been better and more successful this time?

Without doubt, there was a very effective information campaign, involving not only the Government and the political parties but also a wide range of civil society representatives. This was reflected in the polls where there was a marked drop in the "don't know" category. There was also an intensive national debate about the treaty which helped to clarify the issues at stake.

What factors tipped the scales in favor of the Treaty: the information campaign; the legal guarantees by the European Council for “opt-outs” on abortion, taxation, and military neutrality; Ireland’s dependence on EU bailout aid because of the financial crisis; the sheer pressure by the rest of the EU; or something else? Which of those factors do you think was the most important for the “yes” vote?

There were a number of factors. First of all people were better informed about the treaty and its provisions. Secondly, the Government listened to people's concerns and addressed them by seeking guarantees on a number of issues from our European partners.

The main concern people had was the prospect of not being represented in the European Commission. I believe the decision to allow each Member State to continue to nominate a Commissioner is something that is of importance not only to Ireland but to all Member States, particularly the smaller ones.

There were also concerns about workers' rights and these were addressed in a solemn declaration agreed last June by the European Council.

You mention a number of other areas, such as taxation and neutrality. We were able to address these points by agreeing with our European partners a number of legally binding guarantees. It is a very good example of how the European Union works by listening to and accommodating the concerns of even the smallest Member States. This is what makes the European Union unique in world affairs and why I am glad to be part of it.

I have no doubt that the crisis did influence people's decision. Over the past year, we have all been reminded that our prosperity and our economic security are closely bound up with our membership of the Union.

Did the Irish voters make a compromise with their position by reversing their own earlier vote, or is this a manifestation of the more acute realization that Ireland is much better off with the EU?

We have always been among the strongest supporters of the European Union and we still are. Our attachment to Europe has never been in question. The Irish people did have concerns about the Lisbon Treaty. These were addressed and the people have made a clear choice.

The Irish voters were bold enough to say “no” in 2008, and they have now passed the Lisbon Treaty only after securing opt-outs. What are the lessons from the whole Irish experience with the Lisbon Treaty ratification? For the small states in the EU such as Bulgaria? For the EU as a whole?

I don't like the word "opt-out". When it comes to Europe, Ireland opts in and not out. What we sought and secured from our partners were specific clarifications of the treaty and guarantees about its application.

There are lessons for all of us. The institutions of the European Union, whether it is the Council of Ministers, the Commission or the European Parliament, need to communicate and explain clearly what they are doing and why they are doing it. And the national authorities in each Member State need to engage more effectively with their people on European issues.

Overall, has Ireland met with much negativity within the EU after the “no” referendum in June 2008? Is the “yes” vote going to correct some negative effects that Ireland might have suffered as a result of the first referendum?

I did not have a great sense of negativity. Obviously, our partners were concerned by the delay in implementing important reforms that would help the European Union work better for its citizens. What really impressed me was the positive and sympathetic way in which our partners responded to Ireland's concerns.

What we all need to do now is to implement the provisions Lisbon Treaty and deal with the urgent challenges facing us, whether it is the economic crisis, climate change or energy security. Ireland is fully committed to working with our partners on the shared challenges ahead of us.

Do you think it is a fair approach on part of the EU to pressure for new referendums until the treaty is finally passed?

Let us be quite clear on this. After the outcome of the last referendum, the Irish Government analysed carefully the reasons why the people rejected the Treaty. They then moved to address those issues. Still convinced that the reforms contained in the Treaty were good for Europe and of benefit to the Irish people, the Government proposed holding a second referendum. In my view, the clear and decisive outcome of that referendum clearly justifies the approach that was taken by the Irish Government.