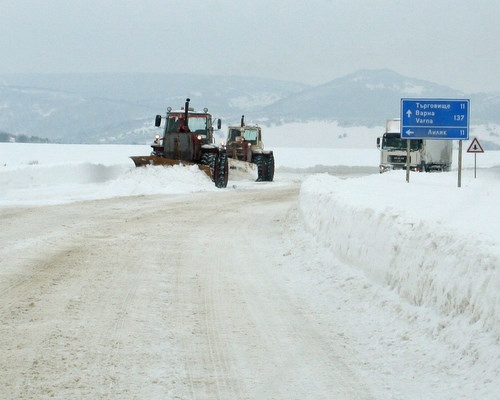 At the end of August, it became clear that out of the 90 contracts for winter cleaning in Bulgaria, 41 were expired, and 35 would expire by the end of 2009. Photo by BGNES

The request for the loan was made by municipality councilor and chairman of the Fund Orlin Alexiev and the Deputy Sofia Mayor, Minko Gerdzhikov,.

The funds were allocated for winter cleaning in the capital and also waste management over the winter period.

Gerdzhikov confirmed that the loan will be returned most likely from the sale of municipality property that is expected to add BGN 46 M to the local budget. The loan must be re-paid before the end of 2009.

Last Friday, the Minister of Regional Development and Public Works, Rosen Plevneliev, stated that currently not a single lev for winter cleaning operations has been made available from the state budget.