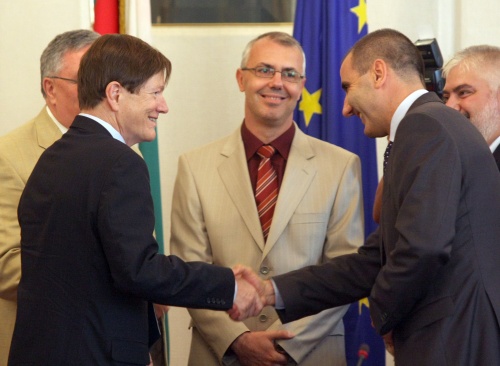 Bulgaria is set to start issuing biometric IDs in March 2010, according to Deputy Interior Minister Vuchkov (middle). Photo by BGNES

The Bulgarian authorities will be ready to start issuing new identity documents with biometric data in March 2010.

This has been announced Thursday by Veselin Vuchkov, Deputy Interior Minister, who was in the Parliament for the vote on the amendments in the Identity Documents Act.

Bulgaria’s new IDs – the so called personal ID or “lichna karta”, passport and driver’s license are going to contain biometric data such as fingerprints. Their launching was supposed to have happened already but the Supreme Administrative Court stopped the procedure as it was appealed by firms applying to provide the technology for executing the offer.

Vuchkov said some additional legislative measures were to be adopted, including allowing people whose IDs expired between January and March 2010 to keep their old documents until they can receive the new biometric ones.

The new amendments to the Identity Documents Act stipulate that Bulgarian citizens are obliged to change their IDs within a 30-day period if they change their sex, citizenship, or facial appearance.