Bulgaria Smokers to Pay Drastically More For Cigarettes in 2010 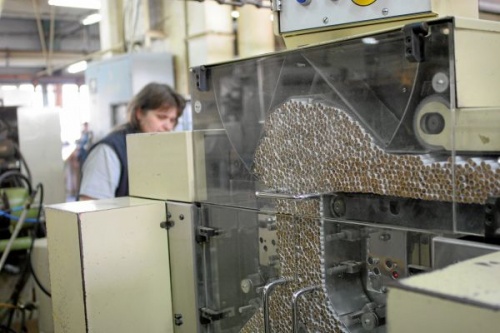 Goranov explained that in other EU countries the excise on cigarettes was higher. He gave as an example Germany, where it is EUR 120-130 for 1 000 cigarettes. Photo by class.bg

The prices of cigarettes in Bulgaria will increase drastically in 2010 over the planned raise in excise duty.

The Deputy Finance Minister, Vladislav Goranov, said for Darik Radio that in the Budget 2010 project is foreseen a excise of EUR 76 per 1 000 cigarettes.

This is a 46% increase compared to the present levels, which will affect the end prices, too.

A pack of the most common Bulgarian cigarettes, Victory, will cost at least BGN 1,5, if the excise rise affects the price formation. In this way, a pack of Victory will cost nearly BGN 5.

The business expects an increase in the excise between EUR 52 and EUR 64 for 1 000 cigarettes, because the previous government promised them so.

“The minimal excise in the European Union is EUR 64 for 1 000 pieces. The Bulgarian government would offer higher, because currently the country has the highest heart deceases death rate in the EU”, Goranov said.

Another argument for the excise increase is the expected bigger budget incomes. However, the exact rise is still being calculated.

Goranov explained that in other EU countries the excise on cigarettes was higher. He gave as an example Germany, where it is EUR 120-130 for 1 000 cigarettes.