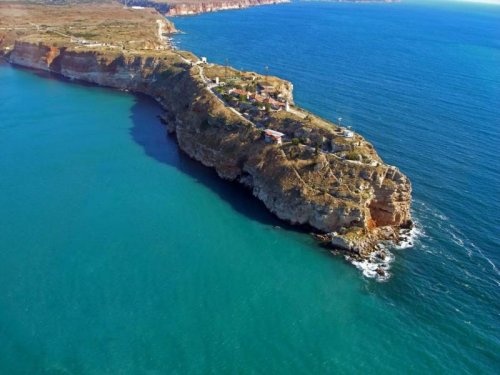 A record number of tourists are expected to visit one of Bulgaria's top Black Sea attractions, the Kaliakra Cape.

The Kavarna Municipality, where the Kaliakra Cape is located, has announced that the visitors would probably be more than 600 000 by the end of 2009.

For the first time, the majority of the visitors to Kaliakra come individually. In 2009, only 20% of them were part of an organized tourist group, and about 80% came in groups of family or friends.

The Kaliakra Cape is located 12 km east of the town of Kavarna, and 60 km north of the city of Varna. It is the site of a settlement and fortress that have been used by the Thracians, the Romans, the Byzantines, the medieval Bulgarian states, the Ottoman Empire.

On July 31, 1791, the greatest sea battle to ever take place in the Black Sea happened near the Cape of Kaliakra, in which the Russian imperial navy led by Admiral Fyodor Ushakov defeated the Ottoman navy of Hyusein Pasha.

Kaliakra presents extremely beautiful natural sights because it is a 70-meter high cliff above the sea. Birds, dolphins, and in the past - seals - are some of the animals that can be viewed from the cape.