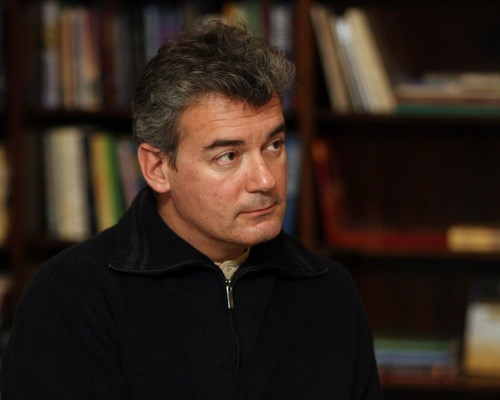 Renown German writer of Bulgarian origin, Iliya Troyanov (German spelling: Ilija Trojanow) has slammed the election of Irina Bokova for head of UNESCO in an article for the Frankfurter Allgemeine Zeitung.

The article is entitled, "Why UNESCO's Election Is a Scandal" (in German). In it, Troyanov cites Bokova's election as an example of the fact that 20 years after the collapse of communism in Eastern Europe, the former nomenclature is still very powerful.

Troyanov's article focuses on certain moments of Bokova's biography: the fact that her father was a member of the Politburo of the Bulgarian Communist Party, which allowed Bokova to enjoy privileges such as studying at the International Relations Institute in Moscow.

Troyanov goes on to say that children should not be punished for the sins of their parents, but he stresses what he calls "clan politics" in Bulgaria, reminding that the father of former Prime Minister Sergey Stanishev was also a Politburo member, and the father of the former Chief Prosecutor Nikola Filchev was a secret service agent in charge of concentration camps.

Troyanov believes that the corruption and mafia reigning in Bulgaria are the result exactly of this role of the former nomenclature and its descendants.

He also states that the new UNESCO Director General, Irina Bokova, just as her party, the BSP, has not denounced the crimes of the communist regime in Bulgaria.

"The new Director General of UNESCO belongs to a small, powerful layer, which has ruined Bulgaria, and is only playing a game of democracy, as long as its privileges are not taken away. The Auschwitz survivor Elie Wiesel has declared that Hosni's election would have been a "shame" for the international community. Yesterday, two GULAG-survivors from Bulgaria declared that Bokova's election was shameful for all of us. UNESCO might have escaped one shame but at what price!", Troyanov concludes his article.

Novinite.com's Interview with Iliya Troyanov from February 2009 is available HERE