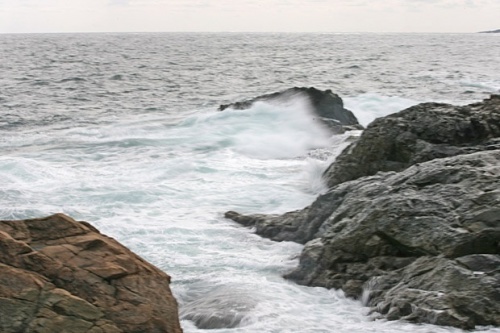 Police divers are currently searching close to the shore for the fishermen's bodies but rough seas are hampering their efforts. Photo by Sofia Photo Agency

The local police reported that the first fatal accident happened late Monday near the camp site at Shabla when a small rubber dinghy carrying two fishermen from Shabla capsized, one of the fishermen swam to safety and the other 30-year-old man drowned.

Police divers are currently searching close to the shore for his body but rough seas are hampering their efforts.

The other accident happened again when a rubber fishing boat capsized close to Kaliakra Cape. Again one man managed to survive. The local police reported that the other body has been found but is impossible to recover currently because of the rocky shore line and rough seas.