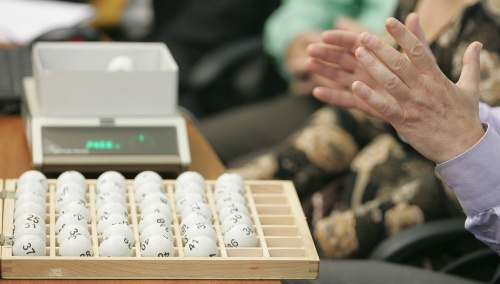 The special 5-member commission hired to probe the Bulgarian State Lottery checked the weight of the balls used for the drawings, but did not discover any violations. Photo by BGNES

The investigation of the Bulgarian State Lottery involving the same six numbers being drawn in two consecutive rounds did not reveal any violations.

It was reported Thursday that the special 5-member commission failed to discover any fraud both during the drawings or in the documentation of the prize winnings.

The lucky players were from different regions of the country and all were all old enough, so manipulations were not possible, the commission declared.

The probe also involved checking the weight of the balls used by the lottery machine and revealed a 0,05 difference with the allowed norm of 0,15.

On Wednesday, Bulgaria's Sports Minister, Svilen Neykov, ordered an investigation after the numbers 4, 15, 23, 24, 35 and 42 were drawn during a live TV broadcast on September 6 and 10.

Nobody won the top prize in the first draw, but a record 18 people guessed all six numbers in the September 10 draw. Each of them got BGN 10 164 as they split a jackpot of almost BGN 200 000.

According to mathematician Mihail Konstantinov, the probability of picking the same six numbers two times in a row is 4 200 000:1.

A representative of Bulgaria's State Lottery, Maria Yaneva, has excluded manipulation saying the numbers were drawn in different order. She believes the large number of people hitting the jackpot could be attributed to the fact that many players used the numbers that had been drawn the first time.