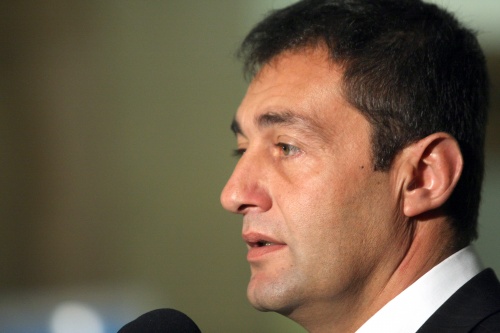 Sports Minister Neykov has ordered an investigation of the national lottery draws that picked the same six numbers in a row. Photo by BGNES

Bulgaria's Sports Minister, Svilen Neykov, has ordered an investigation of one of the games of the national lottery after the same numbers were picked in consecutive draws.

Thus, even though no one guest the six numbers in question in the September 6 draw, an unprecedented number - 18 different people - who guessed the six numbers. Each of them got BGN 10 164 as they split among themselves a jackpot of almost BGN 200 000.

According to mathematician Mihail Konstantinov, the probability of picking the same six numbers two times in a raw is 4 200 000:1.

A representative of Bulgaria's national lottery, Maria Yaneva, has excluded manipulation saying that the numbers were drawn in a different order the second time this happened. She stressed the fact that the draw takes place before a special committee and is broadcast live.

Yaneva, who is the Deputy Chair of the national lottery, believes the large number of persons hitting the jackpot was due to the fact that a number of people used the numbers that had been drawn the previous time when they play even though this did not make much sense, in her words.

A special press conference of the head of the Bulgarian Sports Lottery, "Toto", Damyan Damyanov, is going to be held Thursday afternoon where Damyanov is expected to announce the results of the investigation.