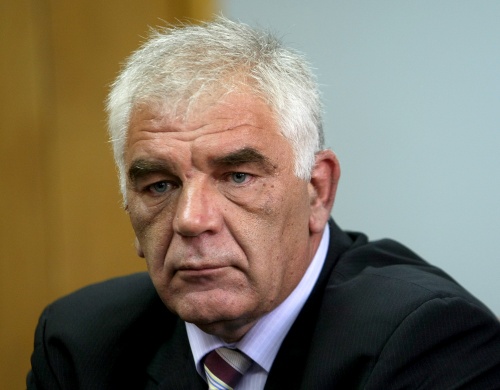 Tanov spoke Monday in a special interview for the morning block of the Bulgarian TV channel bTV, adding that there was murky business both at the Customs Agency and the Interior Ministry.

The General said there were several such groups, which recently stopped fighting between each other since they managed to divide the country in zones of influence. Tanov explained further that those groups included experts, who often used good practices and even lobbied for the changing of the law so that the legislation served their own interests.

Also Monday, just before Tanov's interview, Emil Dimitrov AKA Revizoro (the Auditor), also spoke in an interview for bTV. Dimitrov, who is a former Customs Director in the cabinet of Bulgaria's former Tsar, Simeon Saxe-Coburg, said that the most influential criminal group in the Customs was called "Otbora" (the Team) and was the owner of a bank, an airline and many other legal businesses. Dimitrov called Tanov "the Kamikaze of the Prime Minister" in the Customs today.

On his part, in addition to confirming the existence of criminal groups, but declining to name any, the General said that he was not going to enter in agreements with the mafia, but rather impose firm rules for everyone with the goal to reform the Agency.

According to Tanov, (who denied the definition of Kamikaze, by saying he himself thought about reforming the customs long before PM Borisov came to power), a tight control over the Agency could bring an additional BGN 700 M in the State budget compared to 2008, with BGN 200 M coming from the so-called "alcohol mafia."

Tanov also confirmed Dimitrov's claims that the National Agency for State Security (DANS) and its former Director, Petko Sertov, were involved in the Customs criminal activities with the goal of making personal gains.

Regarding the infamous customs at the Danube city of Vidin, known my large-scale fraudulent activities, Tanov said he had received plenty of documentation and an investigation was ongoing there, adding the entity would be dismantled and turned from a full-pledged custom-house to just a customs office.