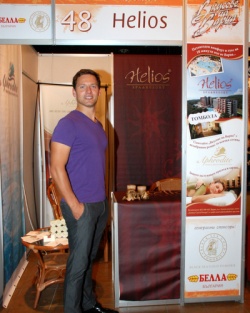 The luxury hotel complex Helios Spa & Resort in the top Bulgarian Black Sea resort Golden Sands has hosted a number of Bulgarian music and show biz stars who took part in the "Tastes of Varna" Culinary festival over the week.

As they were involved in the "Tastes of Varna" Festival taking place in the nearby city of Varna from September 7 until September 13, the star guests enjoyed the amazing atmosphere and the special facilities at the five-star Helios Spa & Resort - one of the most prestigious spa centers in Bulgaria.

Hydromassage baths with milk and red grape extracts, massages with chocolate and hot volcanic stones, green algae body wraps are only some of the spa treatments that the celebrities have enjoyed at Helios Spa & Resort.