Bulgarian Judge to Be Punished over Having Disco Inside Court 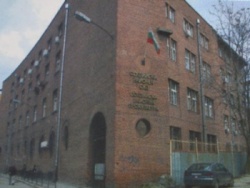 The Sofia District Court harbored a chalga disco thanks to its Deputy Chair, Nikolay Madzharov. Photo by src.bg

Bulgaria's Supreme Judicial Council has started a disciplinary procedure against the Deputy Chair of the Sofia District Court, Nikolay Madzharov.

Judge Madzharov is facing possible disciplinary dismissal because he had organized a "chalga" (i.e. pop folk - popular Bulgarian/Balkan music with Oriental motives) disco every Thursday inside the building of the court.

The chalga club was called "Male, male" (an interjection, something like a Bulgarian equivalent of "Wo-hoo") after a song by Roma singer Sofi Marinova and rapper Ustata ("The Mouth").

It was hosted by the common room of the Sofia District Court, and even featured a pair of bikini hanging on its door.

When asked by the media recently about the chalga club he organized, Madzharov said, "If we had called it Piano Bar "Legal Mind", it would not have made the headlines."

The Deputy Chair of the Court is also investigated for a number of violations that he allegedly committed when he was temporarily the head of the Sofia District Court for about a year and a half.

One of the violations includes the fact that all computer monitors somehow disappeared from the building one Saturday, and there is no information where they had been taken.

The recently appointed Chair of the Sofia District Court, Krasimir Vlahov, has already fired the head accountant and the facilities manager of the courthouse, and has punished eight other employees over that and similar other violations.

It is still unclear whether the Supreme Judicial Council is going to fire Madzharov over his chalga disco management skills.

9 of the 22 members of the Council have begged to be struck off the list of the commission that will consider Madzharov's case. They have done so on the grounds that they know Madzharov personally and do not want to participate in the work of the commission.