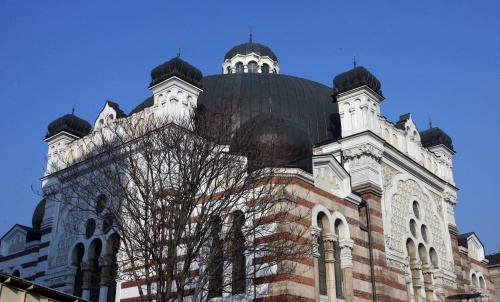 The Sofia Synagogue marks Wednesday the 100th anniversary of its Consecration with an official ceremony to be attended by Bulgaria's President, Georgi Parvanov.

Parvanov is also the Chair of the Initiative Committee to mark the anniversary.

The President will meet all through the day Wednesday representatives of international Jewish organizations, guests of the ceremony. They include the President and Secretary General of the Jewish European Committee, the President of the General Assembly of the Euro-Asian Jewish Congress, the Director of the organization "American Joint" for Europe and Latin America, representatives of Jewish organizations from Russia, France, Belgium, the United States, Israel, Greece, Serbia, Romania, Bosnia and Herzegovina, Macedonia, Kosovo, Turkey.

Bulgaria's former Tsar and Prime Minister, Simeon Saxe-Coburg and his wife will also be among the official attendees of the ceremony.

The Synagogue was opened on September 9, 1909 by Tsar Ferdinand and Quinn, Eleonora.