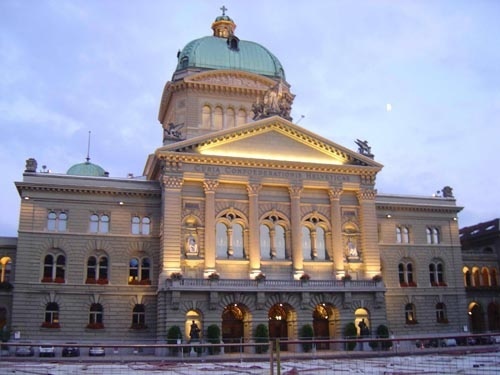 The Swiss Parliament approved a total grant of EUR 220 M to Romania and Bulgaria. Photo by webshots.com

The Swiss Parliament approved a grant of EUR 50 M for Bulgaria late Monday as part of Switzerland's contribution to reducing economic and social disparities in an enlarged EU.

The Swiss Parliament approved a total grant of EUR 220 M to Romania and Bulgaria, Radio Suisse Romande reported. EUR 170 M will go to Romania and EUR 50 M to Bulgaria.

Swiss MPs approved the grant by a margin of 113 to 52 votes.

In early June Switzerland's Federal Council requested the credit facility to be made available to Bulgaria by the Swiss Federal Assembly.

The Swiss Federal Council sent the Dispatch on the Credit Facility for the Enlargement Contribution in favor of Bulgaria and Romania to parliament.

The credit facility is based on the Federal Act on Cooperation with Eastern Europe (FA East) which was approved on 26 November 2006 by the Swiss people.

An official press release from the Swiss Federal Department of Foreign Affairs in June stated that "the successful integration of Bulgaria and Romania into the EU is also in Switzerland's interests. Swiss commitment is therefore not only an expression of solidarity but also promotes its economic and political relations with Bulgaria and Romania and with the EU."