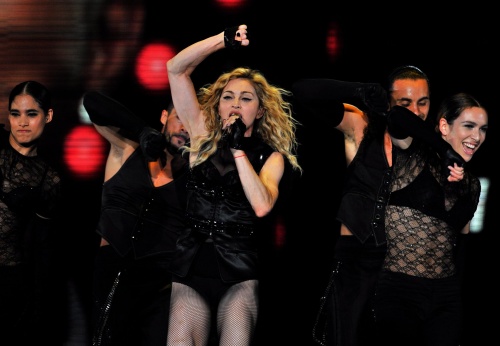 A number of fans from Varna have missed Madonna's concert in Sofia because they were sold fake tickets. Photo by BGNES

A suit has been filed with the Varna Prosecutor's Office over the sale of fake tickets for the concert of US pop star Madonna in Sofia.

The suit has been submitted by lawyer Konstantin Parchev, who together with a number of other people from Varna, appears to have been cheated.

Parchev and the other Varna residents bought the tickets in question in February 2009 from a Varna firm that claimed to be an authorized dealer of tickets for Madonna's concert, which took place in the capital Sofia on August 29, 2009.

When the people from Varna tried to enter the Vasil Levski Stadium with their tickets, they were stopped and were told that the tickets did not have the required holograms, and watermarks, and that the paper they were printed on was different.

Thus, the cheated Madonna fans had to go back to the box offices and buy new tickets right before the beginning of the show, thus, seeing for themselves that the tickets they had been sold were not the same as the original ones.

Some of those cheated, however, did not manage to get real tickets, and missed Madonna's concert altogether. They intend to sue the firm that sold them the tickets for large-scale non-material damages. Lawyer Parchev believes the sale of the fake tickets involves document crime.