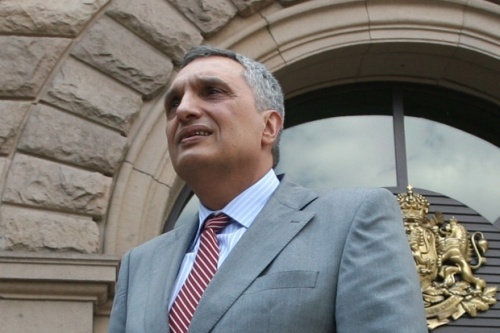 Kostov stated Wednesday that ex DANS chief Petko Sertov had ordered the вЂ?Galeria' case on his own. Photo by Sofia Photo Agency

Kostov, the chairman of the parliamentary commission for the control of the Bulgaria State National Security Agency (DANS) and the leader of Democrats for Strong Bulgaria party (DSB), stated Martin Zlatkov and Nedyalko Yordanov, Weekend's publishers, and journalist Dimitar Zlatkov, a freelance Weekend contirbutor, were all targeted by the Galeria investigation.

Kostov added that through the three people's contacts the ‘Galeria' investigation  delved into the lives of journalists from almost all national medias as well as a large number of MPs and buisnessmen.

Ognyan Stefanov, the Chief Editor of Frog News and allegedly the man behind the "Opasnite" (the dangerous) website which was involved in the unveiling of the case, also had his phone tapped before he was beaten up by unknown attackers, Kostov reported.

Kostov stated Wednesday that ex DANS chief Petko Sertov had ordered the ‘Galeria' case on his own.

The next meeting of the parliamentary commission will be held in the DANS headquarters and Kostov stated that it will become clearer how the case will be declassified after the second meeting.

The "Galeria" case will be declassified on the basis of the Protection of Classified Information Act.