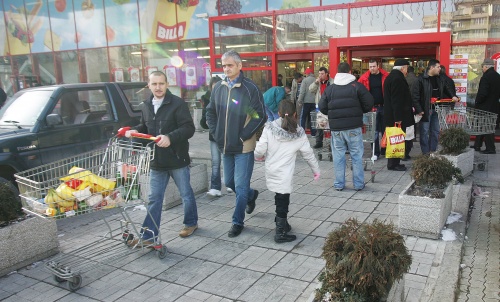 Part of the Austrian hypermarket chain, Billa opened its first store in Sofia in 2000. Photo by BGNES

The CEO of the supermarket chain Billa Bulgaria, Emil Stefanov, has been also appointed to head the chain's operations in the neighboring Romania.

The appointment was made in the beginning of September, after the retirement of the CEO of Billa Romania, Wolfgang Janich, one of the Billa CEOs with the longest lasting career. Janich has been the CEO of Billa Bulgaria, Billa Slovakia, Billa Hungary, and Billa Czech Republic.

Emil Stefanov began working for Billa in 2002, after a management career with Metro Cash&Carry. Before that Stefanov has been employed by Reckitt Benckiser, manufacturer of household cleaners and by Distillers & Vintners Ltd, daughter company of Grand Metropolitan.

The leadership of Billa Bulgaria remains the same with Stefanov keeping his CEO position in Bulgaria as well.