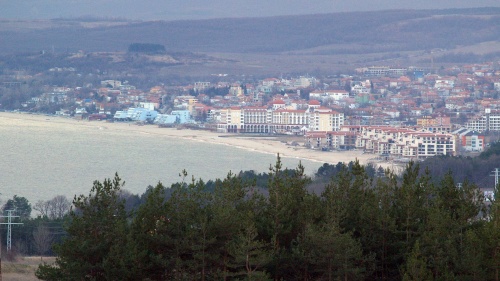 A depot for stolen cars was busted in the Black Sea resort of Obzor. Photo by BGNES

The Bulgarian police have discovered a depot for stolen cars located in the Sunrise complex in the Black Sea resort of Obzor, south of Varna.

The depot was discovered after a report about the stolen car of Macedonian tourists. It is located in an underground garage at the Sunrise complex. That is where the thieves changed the license plates of stolen cars.

The police have arrested one of the owners of the complex, who is known to have brought in the stolen cars. Except for the stolen car of the Macedonian tourists, the police also discovered a BMW X6 with German license plates, and a BMW 5 with Belgian license plates. They are worth a total of about BGN 300 000.

A number of cases are known in which cars produced after 2007 have been stolen from foreign citizens at the Sunny Beach resort, mostly of the BMW and Audi brands. According to the police, those cars are then "legalized" by placing on them license plates of cars that had crashed earlier in Bulgaria. Another way to profit is by selling the parts of the stolen cars, and the third option is to export the stolen cars and sell them outside of Bulgaria.

The Sunrise complex was opened recently in Obzor and has been advertised as a destination for "automobile tourism", i.e. foreign tourists coming on vacation with their cars, thanks to the guarded parking lots and underground garages. Over 50% of the apartments in the complex have been sold, mostly to citizens of Russia, Italy, and Ireland.