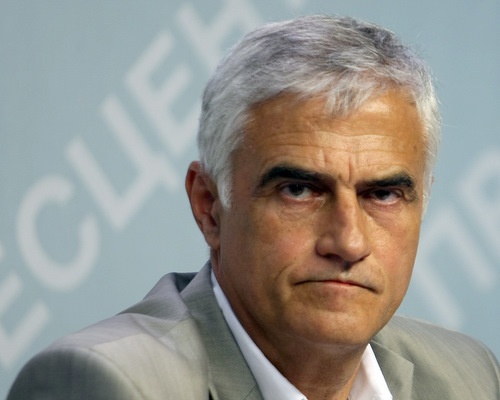 Bulgaria's state power utility NEK has to pay back in full BNP Paribas-syndicated loan to avoid renegotiations at unfavorable terms, the former economy and energy minister has suggested.

"This is what the fiscal reserve is for. We have been saving these money for rainy days for the last ten years," Socialist Petar Dimitrov told the Bulgarian National Radio.

The former Socialist government hired in 2007 BNP Paribas SA, France's largest bank by market value, to arrange a EUR 250 M loan to help fund construction of a EUR 4 B nuclear power plant at the Danube river town of Belene.

NEK's poor results that came in the wake of a fall in power consumption however forced it to breach the conditions on the loan, making it callable.

It is still unclear whether the new center-right government will decide to pay back the five-year syndicated loan, a decision which has to be sealed with the approval of the finance minister.

Petar Dimitrov said that neither he nor the state power utility could foresee the plunge in exports or the price of electricity on the regional market this year.

"Bulgaria's state power utility NEK needs urgent measures to improve its efficiency since its profitability stands at no more than 4-5%, far below that of the electricity distribution companies.

The new Bulgarian government is to decide by the end of September whether to scrap or push ahead the construction of the multi-billion Belene nuclear power plant.

Bulgaria's previous Socialist-led government chose last year German power utility RWE to become a strategic partner in the Belene project with a stake of 49%. State power utility NEK, which has a majority stake in the plant, contracted Russia's Atomstroyexport to build the two 1,000 megawatt reactors.

The coalition did not leave a stone unturned in its attempts to secure Russian funding for the construction of Belene nuclear power plant shortly before its term expired in the summer.

It started talks with the Russian government on a EUR 3.8 B state loan for the project and offered guarantees for it.

The new government of the center-right GERB party says it is not willing to provide any state guarantees for loans and will make a thorough analysis and research before deciding on the future of Belene.

Bulgarian energy experts and some rightist parties have called for a halt, saying the loan will translate into a BGN 1300 tax burden for each Bulgarian taxpayer, electricity hikes for decades on end, outdated and dubious Russian nuke units.