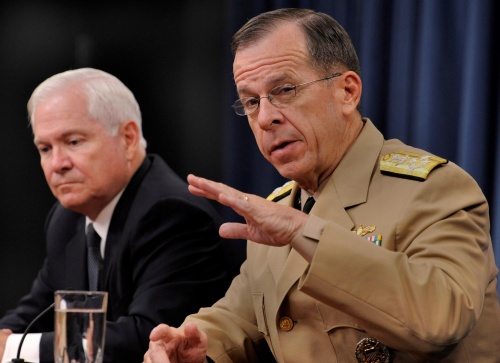 Chairman of the Joint Chiefs of Staff Admiral Michael Mullen (R) shown here with US Secretary of Defense Robert Gates (L) during a press briefing at the Pentagon, Arlington, Virginia, USA, 20 July 2009.

Eight years after the terrorist attacks of September 11, 2001, Al Qaeda is determined to strike the USA again.

This was stated Sunday by the US Chief of Staff Admiral Michael Mullen, who told the NBC channel that the terrorist network was "very capable" of hitting the USA again, and "very focused" on doing that.

"They also have capacity for training, support and funding," Mullen stressed while saying that the US military was working to foil any attempts for a new attack on American soil.