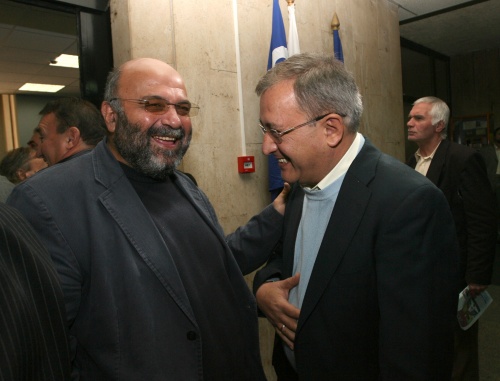 Bozhkov has died after suffering long-time health problems. Bozhkov has recently had a cancer surgery, according to BGNES which cites relatives.

Bozhkov was born in Sofia on August 9, 1951. He graduated from a US high school in Baghdad, Iraq, and from the Sofia Technical University with an engineering degree.

In 1997, as part of the leadership of the Union of Democratic Forces party, he served as a Deputy Prime Minister and Minister of Industry in the caretaker government of Stefan Sofiyanski, and retained the same positions in the UDF government of Ivan Kostov, until the end of 1999 when he was removed by Kostov.

At that period, Bozhkov handled the privatization deals of Bulgaria's still state-owned large industrial plants. He became publicly known as "Mr. Ten Percent" after the alleged amounts of the commissions that he received for brokering the large-scale privatization deals.

At the end of 1999, Bozhkov was appointed by Kostov as Bulgaria's Chief Negotiator with the EU in its accession process. He resigned from this position in June 2000, and since then has been the Chair of Center for Economic Development, and a host of the Darik Radio show "Music for the Soul".

In 2004, Bozhkov got a three-year suspended sentence over a mismanaged privatization deal that was later rescinded by the Court of Appeals; he was also acquitted on a couple of other similar suits that were said to have been politically motivated.