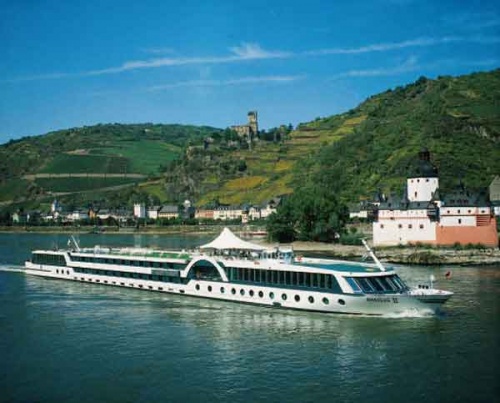 A German cruise ship caught fire in the Danube near Serbia's Novi Sad. Photo by bluedanubeholiday.com

The sailors from the Bulgarian ship "Nayden Kirov" have saved over tourists from burning German vessel.

This was announced by Bulgarian River Shipping Jsc on Saturday. The accident happened around midnight on Friday after a German river cruise ship caught fire in the Serbian part of the Danube near the city of Novi Sad where it was anchored.

The Bulgarian ship brought the over 150 passengers to the shore where they were helped by ambulances, and then took part in the extinguishing of the fire which lasted until dawn on Saturday.

Because of the inconvenient spot where the German vessel had been anchored, the Serbian fire-fighters had to use the Bulgarian ship as a platform from which to put out the fire.