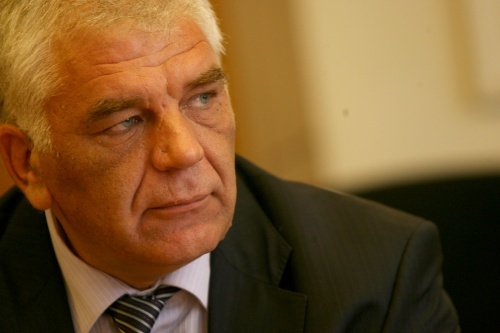 The new head of the Bulgarian Customs Agency, General Vanyo Tanov, vowed to put an end on corruption practices in his institution.

In an interview for the Monday edition of the Bulgarian daily "24 Chassa" (24 Hours), Tanov says that a new management mechanism was going to root out the influence of different groups of people and provide transparency.

When asked in particular about the infamous circle known as "Monterey" ( a friendly circle of generals and diplomats of the former Communist regime named "Monterey" after the restaurant they use for their meetings), Tanov said that he had already fired an employee of the Customs Agency over reports she has been serving the above named circle.

"Until now the State and the government patronized the contraband channels. This is the end of it," Tanov said, adding he was very optimistic because new Finance Minister, Simeon Djankov, had approved of his proposals.

Some of the measures, disclosed by Tanov in the interview, include the introduction of minimum customs values close to the real retail prices of the merchandise in the country of origin and their strict reinforcement by all customs bureaus to avoid the different rates that offer the possibility of importing goods with much lower values.

Those importing goods by the use of another EU country are going to be sent directly to the National Revenue Agency so that we make sure they do not evade the Value Added Tax," Tanov explained.

Major-General Vanyo Mitkov Tanov is a former head of the National Service for Combating Organized Crime. Tanov has specialized at the Secret Service in Washington, DC, and in the Netherlands.