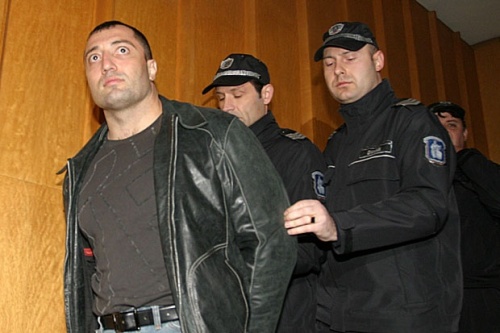 Zhelyazkov was recently moved back to the prison in Belene, after fighting with another prisoner. Photo by Sofia Photo Agency

The Bulgarian drug boss, Dimitar Zhelyazkov, aka Mityo "Ochite" ("The Eyes"), will sign a deal with prosecutors that involves a crime group based in Vratsa.

In an interview for Darik Radio, Zhelyazkov also stated that recent scandalous pictures of him having a barbecue outside the jail he was recently transferred from were fake and had been altered by another prisoner. He said that the barbecue had actually taken place inside the prison walls.

Zhelyazkov signed an agreement with the prosecution in 2008 and admitted being guilty to drug distribution and the organization of a criminal group, which led to his 4,5 year jail sentence. He said that he will also sign a second agreement with prosecutors that will involve the Vratsa based alleged criminal group run by Dancho ‘Prucha' (‘Billy Goat').

Zhelyazkov was recently moved back to the prison in Belene, after fighting with another prisoner.

Zhelyazkov spent several days in a prison dorm in the town Kazichene, the site of the barbecue, before being transfered back to the Belene prison.

In January 2008, Zhelyazkov was convicted of organizing an armed group, drug dealing and drug trafficking.

The minimum sentence for his crimes is five years but Bulgarian law stipulates that a person who makes confessions must receive a sentence below the minimum.