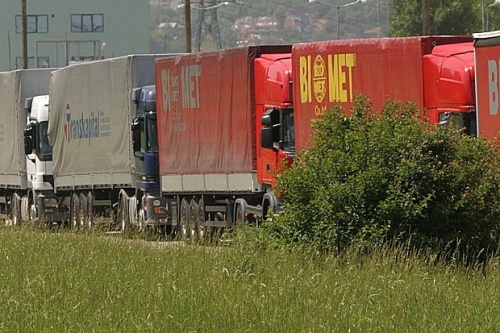 The Bulgarian Ministry of Transport will set up a working group to deal with problems that arise in the sector.

Lyubomir Hristov, Director of the ‘Vehicle Administration' department of the Ministry of Transport confirmed that the working group would involve important figures from the industry, Darik Radio reported.

One of the first things that will be discussed by the group is the expected problems for Bulgarian hauliers at the Turkish border. The Transport Ministry has also set up a hotline to help Bulgarian hauliers who find difficulties at the border.

The Ministry stated that they had not yet received a reply from the Turkish authorities to their letter on the certification issue, therefore they told Bulgarian hauliers to expect full certification checks and delays at the Turkish border points.

The Bulgarian Ministry of Foreign Affairs received a message from Turkey on Monday stating that Bulgarian trucks will only be allowed to enter the country after August 15 if they have the correct certification.

Bulgarian Foreign Affairs Ministry spokesman, Dragovest Goranov, said that the message warned that Turkish authorities will strictly require Bulgarian carriers to comply with the conditions included in the certificate of the European Conference of Ministers of Transport on trips to and from Turkey.

If trucks do not comply with the conditions, they will not be allowed to pass through Turkish territory.

According to industry figures, 800-900 000 Turkish lorries pass through Bulgaria each year whereas only 14-15 000 Bulgarian trucks enter Turkey.