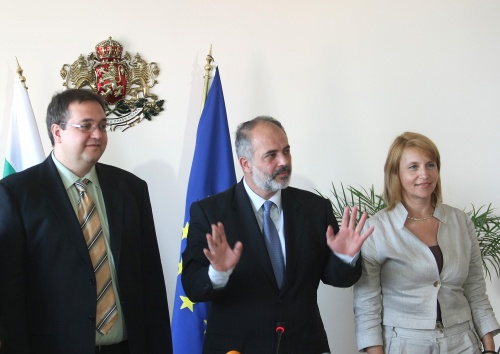 Mladenov (middle) with his two deputies, Popov and Simeonova; a third Deputy Minister will be added to his team. Photo by BGNES

The Minister told the Bulgarian National Radio that his predecessor had adopted inefficient measures involving excessive spending. In order to reduce the spending, the Ministry was going to consult the employers' and the trade unions within the restored council for tri-partite cooperation.