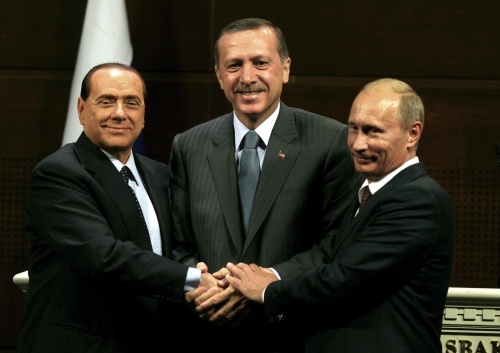 Russia's participation in the Samsun-Ceyhan (aka Trans-Anatolian) oil pipeline is very important for Turkey.

This comment was made Friday by Burak Ozugerin, Spokesperson of the Turkish Foreign Ministry, regarding Thursday's visit of Russian Prime Minister Vladimir Putin, Turkey and Russia signed a number of energy agreements.

Putin met with Turkey's PM Recep Tayyip Erdogan, and with the Italian PM Silvio Berlusconi, who was also on a visit to Ankara.

According to Turkey's Foreign Ministry, the Samsun-Ceyhan pipeline is the best oil route circumventing the Bosphorus Straits.

The construction of the Samsun-Ceyhan pipeline through which oil will be transported to European states started in April 2009 by the Italian energy company ENI. The 555-km long pipe will be completed in 2012, and will transport 1,5 million barrels of oil daily.