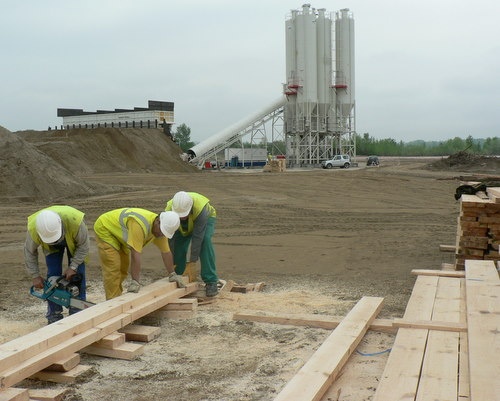 The construction of Danube Bridge 2 is said to be lagging behind schedule by 12-14 months. Photo by BGNES

Bulgaria's Transport Ministry has launched talks with the European Commission for extending the deadline of the financial memorandum for the construction of a second bridge over the Danube River.

"The building of the bridge is lagging behind schedule by 12-14 months," the new Deputy Transport Minister Ivaylo Moskovski, who will monitor all projects financed under EU programs, told reporters on Friday.

The memorandum with Brussels, to be financed under the ISPA program, ensures free funding of EUR 70 M for the bridge's construction and guarantees head-to-tail financing of the project. It is scheduled to expire in 2010.

Romania and Bulgaria signed the agreement for the project construction in March 2000 but it was late in getting off the ground because of insufficient funding.