WHO IS WHO: BulgariР° Security Agency Head Nominee Tsvetelin Yovchev 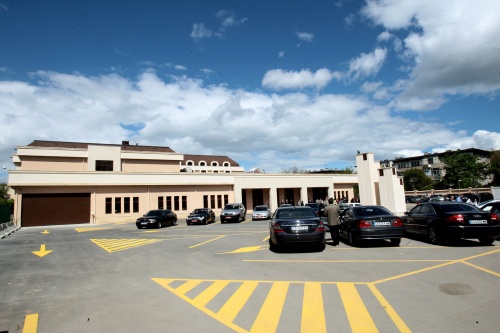 Bulgaria's Prime Minister, Boyko Borisov, nominated Monday counter-intelligence officer Tsvetelin Yovchev as the new of the State National Security Agency DANS. His appointment will be voted by the Council of Ministers on August 5, 2009. After that it would have to be confirmed by the President.

Yovchev was born on May 7, 1964, in the northern Bulgarian city of Pleven. He is a graduate of the Bulgarian Naval Academy in Varna, and also has a Masters in economics from the Sofia University St. Kliment of Ohrid. Yovchev speaks English and Russian.

In 1993, he took up a job at the former National Security Service, where he was gradually promoted to a sector head, directorate head, and deputy director. More specifically, he was in charge of the "Russian Directorate", following Russian activities in Bulgaria.

When DANS was created in January 2008, Yovchev became the head of the Counter-Intelligence Directorate. He resigned in October 2008 over personal reasons.

Yovchev has a son who is a university student. His wife is a financial director at the Greek-owned Emporiki bank.