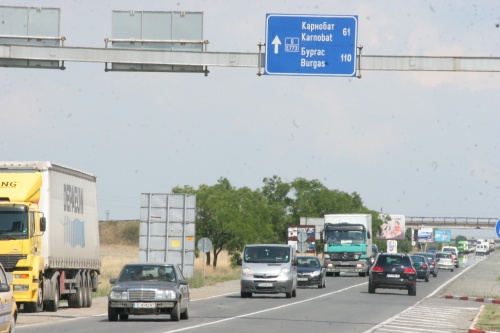 Enormous traffic jams have been forming on and off during the weekend on the major road connecting Bulgaria's southern Black Sea resorts and the interior of the country.

The Trakiya Highway, which is supposed to connect the Bulgarian capital Sofia and the Black Sea city of Burgas, has been completed only to the city of Stara Zagora.

The road between Stara Zagora and the town of Karnobat has seen a very intensive traffic mostly by tourists traveling to the Black Sea resorts such as Sunny Beach, Sozopol, and Nessebar on Saturday and Sunday, and is the regular site of traffic accidents.

The Stara Zagora police has 15 teams located at critical points along the road ready to react in case of accidents.