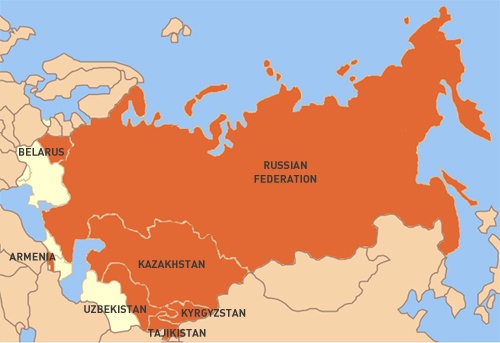 The Collective Security Treaty Organization is holding a meeting in Kyrgyzstan starting Friday. Map by moscwotopsnews.com

The Presidents of seven former Soviet states that are members of the Collective Security Treaty Organization (CSTO) have gathered for a forum in Kyrgyzstan Friday.

The Presidents of Russia, Armenia, Belarus, Kazakhstan, Kyrgyzstan, Uzbekistan, and Tajikistan are in the Cholpon-Ata resort where they are going to discuss the forming of joint rapid reaction forces to be used to fight terrorism, drug trafficking, and local conflicts, BGNES reported.

The previous CSTO meeting in Moscow on June 14 failed to achieve this goal as Uzbekistan and Belarus did not participate in the forum because they did not agree with the Russian rapid forces initiative.

This time, however, according to Russian media, the President Dmitry Medvedev was going to try to convince them to accept the idea.