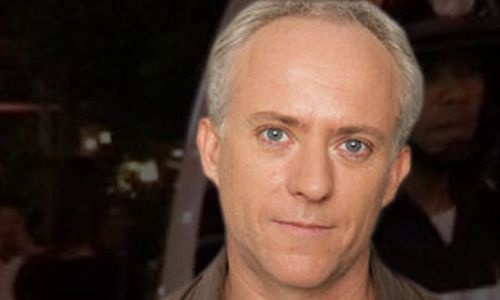 Interview with David O'Shea, a journalist from the Dateline current affairs program of the Australian SBS TV, who worked on a documentary on treasure hunting in Bulgaria in June 2009 aided by the Editor-in-Chief of Novinite.com, Ivan Dikov. David's film will air on SBS TV in August 2009, and will also be available on the Dateline website.

What did you know about Bulgaria before coming here?

Not a lot. Remember, I even asked you whether it was part of the EU. We don't hear much about Bulgaria in Australia. If we do, it is usually connected with this guy who assassinated the guy on the train in London with his umbrella tip - 30 years ago - or whatever it was. That's what we hear about Bulgaria - a little bit out of date. I know I can see now that I have been here that things have been moving along quite quickly, and that Sofia is a sophisticated city, and there's a lot to do, and to see, and the people are outward looking. You know, clearly not full of umbrella-wielding assassins.

You've had some interesting experience with the services in Sofia - what's your thought of that?

I think it's just a cultural thing, perhaps. I don't want to complain. I mean, I've had good food and good drink, and good times but there is not the same level of attention to service that I have found in other countries. But again, I came from Moldova before coming up here, and I think you are a step up from Moldova.

You've been all around the world. How do you compare Bulgaria to other countries? Is it more like the Western industrialized societies, or more like the so called "less developed countries"?

It strikes me as very European. I lived in Spain for a while. Bulgaria reminds a bit of Spain, reminds me a bit of Greece - so southern European, or southern Mediterranean - it reminds of these countries. But with that kind of seriousness as well that I would associate with the Russian influence. There is a kind of serious note about people's faces; it seems a little bit hard to draw a smile from people but perhaps I'm not trying hard enough.

I should say first that the real highlight of this trip was getting out of Sofia into the countryside, and seeing what appeared to be the real Bulgaria. Sofia is becoming, as far as I can see, like any Southern Mediterranean and European-style city but in the countryside I got a real taste of the food, the culture, and the people of the real Bulgaria. And I really enjoyed that.

One of the things I really loved was the fact that everyone had their own gardens where they produced healthy food, fruit and vegetables; the other thing I liked were the mulberry trees along the streets where you could just walk along eating mulberries, and picking your fruit on the street; we don't have that in Australia so I was really impressed with that.

I enjoyed seeing a bit of the countryside, which is very beautiful. I was fascinated to see this landing strip from the Cold War days that's now a highway, and the secret mounds that obscured the fighter planes. I found that very fascinating, and knew very little about that.

I haven't traveled to many post-communist countries. My memories as a child of what we heard in the West about the Soviet Bloc were of strong images of oppression. I can see that much of that was part of the propaganda war, and I know you would hear the same things about us, and neither one was exactly right.

It's clearly a national tragedy. I mean, the scale of the theft and the destruction, and the loss of Bulgaria's cultural heritage, and the potential loss of what could be millions of dollars of tourist revenue that's really striking... The state should be embarrassed by what they are allowing to go on here.

I've spoken to enough people to know that the state is not doing nearly enough to protect the cultural heritage of this country. And it's not a matter of just fixing it up later. This stuff is gone forever. You are not gonna wrestle it out of the private collections of unscrupulous Western collectors, and, as far as I know, local collectors as well. It's a tragedy.

Let me answer like this. Until I spoke to a famous archaeologist in Sofia, Diana Gergova, I had some understanding for the lower-level treasure hunters. But she convinced me, and I can see it now, that that's no excuse.

If people are doing it tough in the villages, and not dealing well with the transition and the market economy, then the state really needs to be looking at how to improve that rather than just letting it be free for all where people are smashing their way through the history of the country to make a few bucks. And it seems at that level the money is too small to justify even a tiny bit the destruction that they are causing.

I've been in lots of dangerous situations in my career, including in East Timor in 2006 getting caught in a major gun battle between renegade police officers and regular army officers. Six people died that day, and I feel lucky I was not one of them; we were caught right in the middle of this thing.

The experience that we had at Ratiaria was clearly not as dangerous as that but it was unpredictable. Often the most dangerous situations are like this. You know, a stray rock could have hit me on the head and knocked me out, and that would be the end of it. So you never know. That was a tense moment, and I was worried for my archaeologist friend who was threatened with a shovel, they were going to hit him over the head with a shovel. I had lots flashing through my mind that day, and I was thinking that the holes that they were digging searching for treasure, would have easily doubled as graves.

And you know, you hit the archaeologist and you over the head with a shovel, and hit me with a rock, toss those bodies in the holes, cover them with earth, and no one would have known where we were, and what happened to us. This is possibly the extreme, I am not saying that every low-level treasure hunter is a murderer. But all of this flashed through my mind in a day.

The real tragedy in a place like Ratiaria is that the people searching for treasure are looking for a couple of bucks here and there, where what they could be doing is sitting in a thriving tourist center. There could be hotels, and bars, and restaurants, and tourists everywhere just like there are in Rome, or Athens. That's the real tragedy. Instead, those people are sitting around, complaining that they've got no money, and that they are forced to go hunting for treasure, and the state appears to be doing very little about it, and the police are clearly not serious about it. It is a tragedy.

What's the next step that Bulgaria should take to try to cope with its treasure hunting issue?

There was a lot of talk about this new law that came into effect in April. Depending on who you talk to there is some level of optimism. I hope that it can stop some of the excesses that are happening.

But on one level I wonder whether it's all too little too late because in the 20 years that this has been going on as a free for all so much has been lost to Bulgaria that I wonder whether, you know, anything now will - obviously, can't return what's been stolen, and obviously as well - better late than never. And I wish the country the best in its efforts to stop this illegal activity. As a short-time visitor, I am not really in a position to judge how this is going to pan out but I hope it does.

Did you feel sorry about all that as a citizen of the world? Did you feel global cultural heritage was lost?

Of course, there is no doubt about that. Like I said, Ratiaria as an example couldn't be any clearer. Such an important historical site with so much to teach us about the past, and about the people, the Europeans that came before us. We could have learned things from that site which help us survive the next millennium; God knows what we've lost.

What impact do you think you're documentary will have - in Australia, internationally, or maybe even among people who might see it in Bulgaria?

This depends on your opinion on the impact of television in general. Television has the impact to move people to tears; it has the power to push governments to action, to really change people's ways of thinking. I don't know what an Australian audience will make of this. I am sure they will be upset, and disturbed that this is going on, and that there doesn't seem to be any great effort to stop it. But really, what can we do on the other side of the world?

And maybe I should even be concerned that potential tourists from Australia that may want to come here will maybe not want to come if they think that the cultural heritage of the place is being destroyed. I haven't come here to destroy the emerging tourists industry in Bulgaria - but who knows - that might be the effect.

This program will also be shown on the Internet. People from all over the world will watch it, and again, I'm sure they will be disturbed by what they'll see.

I don't think that anything I do is going to change any opinions in Bulgaria although, perhaps as is often the case, by publicizing an issue that embarrasses the government overseas, in the West, often that becomes a bit of an impetus for action.