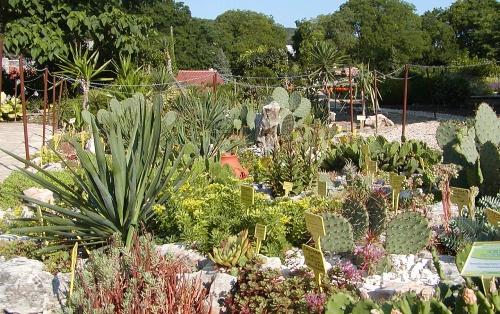 The Botanical Garden in Balchik hosts is the site of a new Charles Darwin monument. Photo by BGNES

A monument of Charles Darwin was opened in the Bulgarian Black Sea resort town of Balchik on Monday.

The monument is located at the Botanical Garden in Balchik, and is initiated by the Sofia University St. Kliment of Ohrid, which is the owner of the garden.

The opening of Darwin's monument coincided with an anniversary of the opening of the Botanical Garden, which became functional on July 27, 1955.